My daughter has a 1992 toyota corolla and the headliner is falling down in the back only the front is intact but I want to replace the entire headliner in it this time I'm using tacks it not working out .

Take that thing out of the car and fix your daughter's corolla headliner so that it will make her proud -- replace it with a new one. Yep, the old tack trick; it will hold in place, but "man, is it ugly"!!!! Look at the pic below for a view of the old tack trick for a car or truck headliner! It has been used every since the cloth headliners were put in cars and trucks. I personally like thumb tacks my self. :~)  You can take a look at our installation of a 1990 toyota corolla.
A small to mid sized car headliner kit will fit the Toyota Corolla. 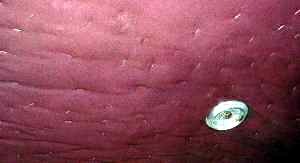